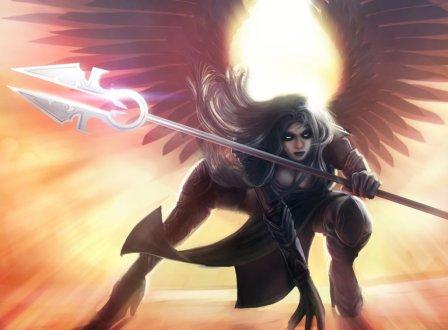 A Prophecy to Come to Pass Soon

I shall share a prophecy I saw this day.  1-10-21.  How the prophecy events story are told on TV shall be another matter.  But regardless death and destruction will be the casting of the TV news spell spun on CNN, Fox or both.

I saw a picture of the great city I think it was Washington D.C.  I saw the U.S.

army there with helmets of green with orders to fire no gun because of it being a highly populated civilian metropolis.  The soldiers were in full military garb with knives, bayonets, bowie knives, knives for throwing.  But mainly they used the big bowie knives.

They were killing, slaughtering people all over Washington.  They had orders to not use guns for a reason.   Rivers of blood were forming somehow in trenches or sidewalks but somehow blood was filling certain pathways turned red.

I am guessing the vision is about a Satanic ritual by the elite corporate billionaires to kill the innocent in Washington and the Government officials if any are present in DC by slitting their throats.   They need to fill the streets with blood in honor of the elites horned god Brahman & Satan.  These corporations are now ruling and taking full power over our corrupt U.S. government.  The change is clearly from bad to worse.

Present at the ritual will be a powerful witch with white hair and a white sleeve on a black gown.  Also a warlock with a cloke and upside down cross and a star.  Also the black pope is there.

Street gangs are there as the scape goats.  Hired for the slaughter they will be blamed for the killings if the killings are even reported.  The street gangs will be deceived.  What just happened on the 6th in DC is the warm up for the coming DC Ku massacre. Or perhaps this has already happened on the 6th of January 2021.  Either or the orb demons will eventually get the doors open.

The blood ritual will bring orbs.  Orbs have been spotted already by many people with entities in them descending upon earth.  But the door isn’t open for these Satanic creatures at least not yet.  They need the blood ritual carried out so they can manifest on earth in somewhat of a more physical form.  Enough to be seen by human eyes and to take on any visual scary form they prefer.

The entities are powerless and will be powerless except they can deceive mankind by appearing as monsters.  They will be so frightening to look at men will panic and their hearts will fail for fear.  Men will run panic stricken and have horrible accidents.  People all over will be seeing monsters that are not much more than holograms who cannot touch men.  If you confront them wielding The Mighty Name of Jesus the sword of The Spirit they will disappear.

Put on the full armor of God that you will be able to stand against them.  And show others how to stand against them when they come.  The blood ritual will not fail.  And men who rely on themselves will fall.  Stand and fight in courageous indignation scream the name of Jesus at these beings and send them back to the hell from wendst they came.