Most Christians Proclaim, “The Jab Cannot Be the Mark of The Beast.” 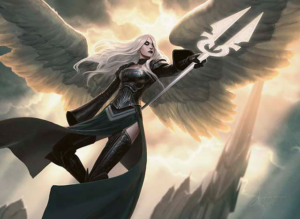 The man I have lived with for over 15 years said he did not take the jab.  Why can’t I feel his Spirit?   I have a long history of being able to feel the spirit of all people.    I thought everyone could.  I was wrong.  It’s as if now he is a ghost.  He can walk right up on me from behind and I DO NOT SENSE HIM.

This worries me.  I believe he is lying to me because he well knows my stance on the jab.  He was likely ashamed for taking it.  Thing is I just don’t know for sure. He refuses Truth.

I also sensed a weird twisted spirit in him a few weeks back and today I sensed the spirit again.  A spirit that felt like a literal dead man’s spirit coupled with a putrid twisted perverse heartless, unfeeling, non empathic, somewhat dangerous spirit.

Is this a ghost spirit.  Wtf I thought?  That is when I began suspecting that he took it.  All his friends took it.  His answers to me when I asked about it were suspect.  At first all he would say is “when have you ever known me to do what the gov. says to do?  Poising himself as an independent anarchist of sorts.

Then when I made comments like “It changes your DNA” or “It might turn men into animals”.  He said “change for the better?”.   Over and over he made positive snide remarks about IT BEING A GOOD THING.

It made no logical sense.  His behavior is out of character.

I feel sick inside for him. Something just isn’t right.  There is a perverse spirit coming through from him.  When he stood behind me, he walked up on me for the second time and I never felt his presence until he was breathing down my neck.  It was creepy as hell itself.

What I then felt coming off him was a mocking spirit that said “ha ha I am invisible to you, ha ha, I can take you out so easy”.  To him I was ant crawling on the flood that he did not care enough about to hate.

Why prey-tell in the name of God would vile men want to turn the human race into a race of dead men’s bones?  Filled with some dead man’s spirit?  IT the snatch and grab apparently removes the Spirit of Life the individuality of every man once different special one from the other is gone.  Diabolical is the only word that fits the scenario.

The Rest is Not a Pretty Picture

Anyone who has researched food, clothing, furniture for toxins knows everything IS POISONED.  Especially cooking oils that have the same Hexane as IT has in it.  Yes the ingredients are allegedly released but not all the ingredients.  Not all.  There is a little thing called “GRAS”.  Generally regarded as safe.   Regarded by who?  Safe according to what standards?  None of our business apparently.  ‘GRAS’ are the non-listed exceptions not on the list of ingredients.   GRAS is a list that food manufacturers do not have to put on the ingredients list.  (sorry redundant) You can bet your sweet bippy IT has some similar rule so IT doesn’t have to list toxic ingredients.  Like substances in the product that only substantiate less than …what 5% (approx. it may be 1% I don’t have the rule in front of me) of the ingredients for instance (2nd exceptions) they don’t have to be on the list either.

Lets face it corporations are no longer being held accountable to anybody for anything.  You do realize that they can kill as many men, women, and children as they like and can’t be sued for IT’s lethal effects.  The restrainer is off who was likely the lesser of two evils.  The competitors are put down no longer exposing the beast.  And now their plan of attack is full bore.  The little horn is history.  2nd tier ruling corporations who kept 1st tier corpses at bay by accountability.  My guess is that they were told “the sky is falling” and went to their bunkers from which there is no return.  Somehow locked in. Kind of like the “American Horror Story” series of the underground bunkers.

This is my Question

What are they turning men into?  If you were diabolical and had the key to the cell’s nucleus by which you could alter men in any way you want what would you make?

Then that’s it!  Can’t have men worshipping their Creator now can we?  First task is to erase God from their DNA.  Oh sure IT won’t alter DNA absolutely not.  The vaccine doesn’t alter DNA!   THIS IS TRUE!

However the mRNA introduces to the cell’s nucleus WILL GIVE INSTRUCTIONS TO YOUR BODY TO ALTER ITS OWN DNA.  Hence even  better!  Right?

Perhaps injection 2 and 3 are to create in you who by the way, now have within your body no risk of worshipping the One True God so IT numbers 2 & 3 can download the beast DNA viral vector needed to reprogram your cells humanity into something more suitable FOR SLAVERY.  “HERE HERE” scream the diabolical imbeciles from hell.

There’s my theory and if you believe nobodies that fucking evil?  Then I advise you to research toxins in food for a few days.  Without preconceived notions of somebody who gives a shit about humanity.  See your problem is this, you have judged the powers that be by your own heart.  The rulers are not like us.

They neither think, act, smell, look, or reason like us.  Think Serpent seed.  The mind and heart of a serpent.  They could not wait to get the golden key to your DNA.  And how did they accomplish that?

Well put it this way when you have a quantum computer that resolves problems in weeks that would have taken a regular computer eons to figure out and put that computer into the hands of the most evil men on earth…well you get my point.  Furthermore the quantum computer that must be kept in absolute zero refrigeration…wait a minute that’s the same thing they said about IT.   Anyway Geordy rose was seen on film saying “we are reaching into other dimensions and bringing back information from entities that don’t give a hoot about YOU.  Like you don’t care about an ant (but I do care about an ant Geordy Rose of D-WAVE & Kindrid) they don’t care about you.

Take a look at DWAVE emblem closely.  The ‘v’ is an ‘n’.  The ‘o’ in proper spelling of demon is easily pronounced the same with an ‘a’.  DEMAN.  Obviously to us the ‘M’ must be turned upside down for it to spell ‘DEMAN’. 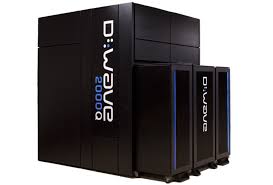