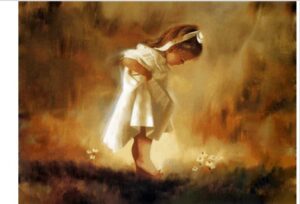 They call it Easter

Magically “Easter” now appears in the KJVB along with many other modern terms and graphic vile script.  But that is another matter.

Jazweeh got a revelation of what started Passover.  The story goes that God is Love decided to slaughter the first born male child of every household unless they slaughtered an innocent lamb and painted their doorways with its blood.

The lamb’s blood was supposed to be on the door that if the angel of death (now books say God Himself instead of angel of death) sees the lambs blood he won’t slaughter your innocent first born male.

The story goes against Godly Truth and the principles of Love, Faith, Hope and all that is good.  Obviously it’s made up at best.

Blood sacrifices sound very Satanic to me.  We think most of the old testament slaughter of innocent animals was likely for the religiously confused, guilt ridden, and shamed, powerful men whom by their great hidden fears needed to believe their was an escape from God’s judgement for them, without serving or humbling themselves before God in the process.

Pride was their greatest sin that would steal their souls.

If I have learned anything since my great awakening to the beast system in 2017 its that the beast lies about EVERYTHING.   Satan is the Father of lies and he pair great Truth with lies for reasons most do not suspect.

For instance Satan invented Santa Claus for one reason….to discredit the Jesus story.  Hence child lied to by their own parents is traumatized to find out there is no Santa, in turn by nature that child with not believe in Jesus either.

Very effective lie paired with a great Truth.  Jesus is real.  I met Him several times.  He is Our Healer, Our Salvation, The Way, The Truth, and The Life.

So what about this Passover event?  I believe the word “Jews” is a fictitious invention added to the bible for propaganda.  Worship Israel says the preachers.  The Jews are the chosen.  Not because of their Faith…oh no as a matter of fact they reject Jesus.  Okay?  Perhaps every place the word “Jew” is in the book it actually said “choose”.

We are put on Earth for one reason, to choose our Father, to find God.  Our soul is eternal and we will go to an eternal home of our choice.  So either we Love Truth or the lie.  Either we seek God & learn to rely on Him or we rely on the beast and make our heart’s treasure earthly possessions.

“Where your heart is there shall your treasure be also”.

It’s that simple.  Seek God and ye shall find God.  Rejoice in Jesus/God and He shall give you the desires of your heart.  Meaning He will fix your heart to desire the things that matter instead of b.s. that rusts and fails.

Jazweeh’s revelation of Passover is that the most evil men on Earth who now rule and whose ancestors did rule back in the day were off the chain evil.  Perhaps they were poisoning mankind and the innocent as they are now.

Perhaps they were stealing all the resources and land as they are now.  Perhaps they claimed the earth as their own making slaves of men as they are making debt slaves now.

Perhaps they had the whole world brainwashed into believing a paradigm of lies as they do now.  Or perhaps they created a matrix a web of deceit by which men’s souls are marred and broken causing unbelief and making Faith for the “insane” & “crazy people” or “religious fanatics” as is status quo now.

Perhaps they made God Himself as unpopular as the plague, unkool, only for the weak and deceived, as they have now.

And so….since many innocent souls were perishing into nothingness and many a man were being slaughtered by these elite God stepped in.

God then said He would punish those men who are harming others in masses.  And He said “I shall send my judgement and my angel of death to quell the blasphemy and evil set down on the face of the earth men who lie, cheat, kill, steal and destroy.  God did not say “I will kill innocent children”!

After all what kind of bullshit is that?  God is Love not the slaughterer of the innocent.  So they lied and gave God a bad rap.  Faith tells me this.

So the powerful genocidal blasphemers who named themselves “The Chosen Few, The Jews” were SCARED.  They knew the death angel was coming for THEM.

They then devised a trick.  They thought that they could trick the one true God into killing the wrong people.   They assumed that God read blood.  By the story of Cane and Abel God saw the history of a man in his blood.  The blood carried all the actions good and bad.

So these sick murderers went out and grabbed some children of the slaves.  By the way history also gives the Egyptians a bad wrap.  History makes Israel some sacred land.  All lies.

These evil men took the blood of children even unto their death and plastered it on their doors and walls hoping The Spirit the angel of death would see the innocent blood of the children and move on.

This was the plot of the Jews.  And they not only did that but they were powerful magi’s.  Magicians they were.  They cast cloaking spells along with their blood ritual.

Think “Flood”.  Insert the story of the flood into the blood story “Passover”. The flood and Noah, when so many men’s hearts were wicked.  God started over from scratch, so the book said.  The Passover was much like that story.

God’s death angel cannot be tricked by cheap sorcery.  Father punished those who oppressed His innocent children just as He planned to.  This is the story of the true Passover and God’s Love for His people.

Jesus will always protect the innocent.  God is Love.  Faith is vital.  Hope is spiritually sustaining. And these three are the eternal way to Jesus The Christ.

Seek and ye shall find.  Knock and it shall be opened.  God dwells in the praises of His people.