Says the man with the silencer.  Pop.  One bullet straight to the head of the target then one to the heart and the job is compassionately & thoroughly carried out.   Simple pieces of lead and chrome.  Only a dream for the victim.  One little dream for the dream finale.   This hit man only kills the sleeping. 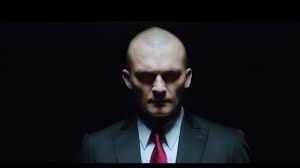 I saw a man sneak into my bedroom at night in the dark while I slept.  He was a killer paid to kill me.  I am a nobody, just a writer of spirituality and imagination.

Enemy at the Gate

So, for no good reason except perhaps the fear of loss by someone with too much time & too much money living next door.  They bury their treasure hoping no one sees.  They then kill all those who dug holes for them or saw their hole digging.  They are sick.  Karma shall be their end.  And judgement shall swiftly fall on them like rain.

Back to the hit man.

He is not just any killer.  This man, has several articulate disguises and fake beard and go-tees.  He is labeled by those who have hired him as “the compassionate killer.

He found a way to best his competition.  He sooths the consciences of the murderous rich by the compassionate twist of fate.

He says to those who know him, “If not me then who?”  What he means by the statement is that if he is not the host for his client’s victim then that mark may suffer for no good reason.    Our hit man shutters to visualize the torturous & vicious serial killing competitors lurking in bedrooms at night.  As they salivate for torture.  The not so compassionate killers prepare with no conscience for a sick playtime prior to a not so clean death of the mark.

And who are the “clients”?  Those who fear money loss or exposure of debauchery by truth or criminal charges.  They fear loss so by panic they cover their actions with death & bribes. It is the way of the rich and desperate.  If these people are not careful they will get a taste for death.  Making themselves as gods.  The hit man with the conscience has no love for his clients nor does he respect them.

The man with the conscience knows his fellow hit men are robust in the art of torture. And some partake of torture just for entertainments sake.

To the compassionate killer torture is a completely different level of sin than a clean shot to the head.  And I must agree.

The C.H.M. (compassionate hit man) believes in his heart that he is called of God Almighty to off those who deserve a clean death prior to being sent to their Maker.

“It is appointed once for man to die and then the judgement.”  If not him then who?

When C.H.M. stands before his God he will state that he did “do unto others as you would have them do unto you” the words of Jesus.

Show respect! The killer insists.  And never has there been such a successful and pricey “death for hire” in the North American beast precinct.  How much does he change, you may wonder.  More than you can afford he would say, as he sips his virgin Margareta on the best beaches South America & Islands have to offer.  He is magnificent in his moves.  He has mastered every form of defensive and offensive fight training known to man and more. 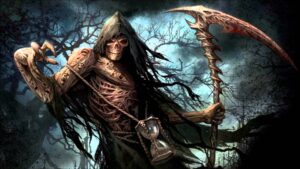 How shall God judge him?  He wonders.   “Do unto others” he quotes in a whisper and sigh. 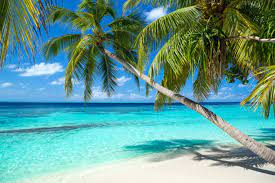 And so you may want to say a quick prayer for the compassionate killer as we now know good men do things quite evil and extremely evile men do things that are quite good.  Let God sort them out by their motives.  God looks upon the heart.