And soon the Lions of Judah the intercessors shall also exit Earth.  The Holy Spirit will leave with them. Then the Earth will see evil like never before.

Syringe-Buildings on Display in a city near you. 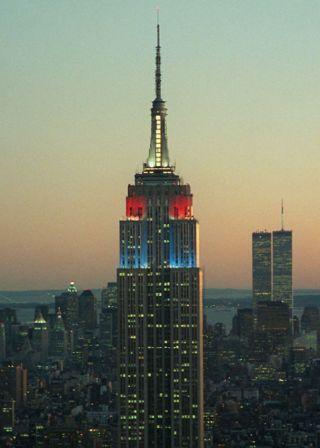 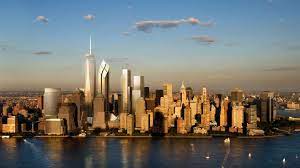 What I am about to write is Truth as far as I can find it in real time and in scholarly articles of scientific researchers online.  I want to cover once again the chots that the whole world consumed.  The whole world less a few rebellious free thinkers whom do in no way trust Uncle Samiel.

If you know what’s in the food they produce & sell mankind in the U.S. you have learned not to trust them.  Everything we carry out of the store (pretty much) is poison made to end the life of humans before their time.

Most Christians still believe everything that comes out of the TV speaker or phone.  They not only trust google with their life.  But they also trust Google to guide their choices in life.

Google does have scholarly articles on their file.  But there are millions of articles in the agenda which lie like hell.  Especially when it comes to the truth about the back scenes the whole world took in themselves.

By Faith Are We Saved Unto Eternal Life

The Christians are summoning the wrath of God.  A version of God Almighty.  My God is Love.  My Savior is Jesus who has revealed Himself to me in miraculous real time, real world, ways.  Healing, deliverance from bondage and so on.  I have become the clay in His hands.  God taught me alot and is teaching me still.  And so I am who I should be, finally.

To deprogram from the beast system is to become who we really are in God.

Not who the beast system would have us be.  Those days are over for me.  I do not fit in anywhere on this Earth.  Except in nature and my home.  Some of you know what I mean.

Who Am I?  Who Are the Programmed Masses?

I am a free thinking writer who expresses her heart freely.  I am transparent in a world of masks.  A world full of programmed GMO humans who are now happy, joyous, and free.  They speak to one another in the grocery lines.  They talk to each other in the isles of the stores.  Its quite a drastic change and clearly not what we the believers expected.  I used to be the one who would break the ice cold silence in the grocery lines.  People were absolutely unsociable and trusted no one.  They walked in fear and with emotional walls of stone covering their hearts.  They were silent.  All they wanted was to finish their shopping & return to their safe place.

Now that these people are virtually programmed to be happy, open, sociable, perhaps they made the right choice for their spiritual walk.

Public speakers learn to not fear people’s opinions.  That is my training which made me fearless in crowds.  I am not bragging.  Rather making a point.

But I am a human who has a God who is more powerful than the elite who now own the minds of the many.  I believe in magic and I have studied their back scene genome therapy science at length.  I have looked into the face of the beast.  And he is diabolically deceptive and genocidally lethal.  He takes no prisoners.  Death by Cancer or quick firey red level pain heart attacks will be their end. If not a blood clot.  The Chots.

THE SPECTRUM OF GMO HUMANS.  Curve Balls of the Elite.

The Christians who warned against taking the chots.  And those who said it is the mark of the beast expected evidence quite different than we see now.  Although, yet people are dropping like flies by Cancer & Heart disease.  But still they are all happy joyous and free acting.  And so its seems like the world is somewhat normal after the injections.  The elite are very good at their curve balls.

Sidenote.  The eugenicists of corporate government international are now saying “mRNA viral vector back scenes don’t enter the cells nucleus nor do they edit DNA”.  These statements on .gov sites and pfizer, comirnaty sites are word play semantics bent on deception.  They make the truthers look like liars and themselves appear benevolent.  The whole point of an mRNA chot is to change the DNA.  But CRISPR tech. edited with a cut and splice technique that’s old news.

mRNA recombinates DNA.  But with the viral vector directives its your own body doing the recombination to your entire genetic make up.  That’s right.  And their genome soup includes lots of immortalized cell lines (Cancer cells purified to allegedly not go active but studies show when these cell lines come in to contact with human cells in your body they can often activate.)  So the article are straight up misrepresentation of information.

These corporations are no longer restrained by a lesser evil.  The Harlot has been neutralized.  The church, the richest most powerful church did have some protection for the people.  Not anymore.  Not anymore.  The TV lies constantly about everything.  All is a con.

“You will own nothing and be happy.”  How nice for the elite!  Stated by a woman & Klaus at the World Economic Forum in 2020 or 2021.   (Klaus the Nazi Hydra Fish)  Just look at the man’s skin.  It’s not natural.  His head shape is that of a man who has infused himself with sea creatures to extend his life.  He is not human.  And of course he wants to turn the whole world into GMO humans as well and has.  But not by  recombination of the DNA with the Hydra…oh no!  You remember the Sheep and Spider story?  That picture show was shown to us way back in the late 70s when the genetically mixed an insect with an animal allegedly.

Did you know that they included Cancer Cell Lines in the chot?  You think I am ignorant or making this up?  Study “immortalized cell lines & genome therapy”  They added these cell lines of cervical Cancer because it grows easily in petri dishes.   The day they grew their own Cancer was the day humanity lost its longevity of life.  To invoke the fastest cell growth possible by the chots by using stage 4 fast growing Cancer cells is brilliant. What do Cancer cells grow?  Why Cancer of course.

But the officials announced over and over backed by science that “the vaccine does NOT change your DNA”.  And it doesn’t.  That part is true.  ….what……?

That’s right.  It’s your own body doing job of changing your DNA.  Semantics my reader, semantics.

The chot enters the blood.  And the command center of the cells and tells the commander which cells in the body to discard and which new cells to add in.

What is a quantum computer good at?  A quantum computer is a problem solving computer.  It solves difficult computations at light speed.  Also dark spiritual entities play into the CERN/Quantum computing processes with its sub zero cold configurations.  Dark black sub zero refrigerators line the atmosphere of the quantum computers.

Make no mistake this dewave box is cold storage habitat for demonic presence.  Icey black.  Look at the label “DWAVE”  Now turn it around “DEMAN” .  The “v” is an “n” and the “w” is the “m”.  See?  The elite put most things in plain sight.

No cutting, no splicing, no CRISPR.  They have the keys to the cells nucleus.  That is all they needed to reach the command center of the human bodies cell growth.

Of course your still dealing with nature vs. nurture.  We don’t know how many people will be strong defying nature.

You see, once you change a man’s cell growth commands by deceiving His own immune system into allowing.  The body thinks the command from the chot is from your own body.  Immune system is set up to protect him from invasion into the cells nucleus command center.  The mRNA that is.

So what else was in the chots?

Animal proteins they call it.  Animal DNA to carry the viral vector command and to likely duplicate to some extent that animal into the human genome.

The elites scream!  The Cancer cells are purified and cannot reproduce!  But they don’t tell you that scientific evidence shows that purified cell lines DO WAKE UP AND TURN ON when coming into contact with other cell structures.

So not only does the Cancer get a wake up call but also the Chimpanzee DNA in the Astral Zeneka gets its wake up call.  Fast growth is the next step.  What are the science terms for this mess?

1 tsp. of the steering of Cell Cycle Regulation of DNA Replication

Now, Witness Cellular transmutation by genomic alchemy with replication and change in organism unto species transfiguration.

For this party favor, be sure, The Mighty Creator of humankind will step in, finally.  Coming in on two mountains at once (wormwood/red-blue Kachinas) to end the abomination of His people and to bring home His chosen children.