In other words your money held up by technical issues that can easily be manipulated by the very people who are supposed to pay you.

Lets hope the banks don’t start doing it as well.

I listed several items to sell on eBay.  The listings went through in brilliant colorful success.  However, the “connect your bank to get paid” button just wouldn’t work.  Oh darn!

So the delays in connecting my bank routing number for payment will indeed delay eBay from having to pay me.  It’s that simple.  Innocent?  Maybe.  Innocent?  Doubtful.  Especially with the patterns I have seen for the last two years by Corporate America.

Have you noticed that disrespect for customers, clients, and any interactions with corporations now end in folly.  In the last year I have been ripped off blatantly by illegal practices of fraud and manipulation of coercion by technology tampering more times than I want to say.

Especially GoDaddy the hosting company.  They would not let me upgrade my domain name jazweeh.com without subsequent verification by an email acct. that they knew was long expired.  Since I bought the domain name from GoDaddy originally they know I don’t use or own the email attached to it anymore.   And its up for rent by them.  I do realize the left hand sometimes doesn’t know what the right is doing.  But with AI bots those days are over.

Domain names get rented by the year by the little guys.  Apparently these large companies somehow got hold of every domain name under the face of God.    So they can rent them out, raising the price every year. And or stealing the SEO status already worked for by the little guy if you can’t renewed.

My experience is you can’t buy a domain name.

GoDaddy was sewing Verisign back in 2002.   Viper on Serpent. 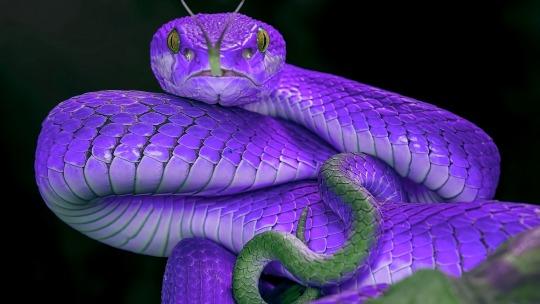 GoDaddy refused to take a product OFF of my “cart” that was attached like glue to the domain name I NEEDED to update or lose forever.  They forced me to purchase a worthless product or lose the product I value.

They said “no problem just verify your identity with this 8 year old domain name email address that we know you NO LONGER OWN.

“Oh sure you can remove the extra product that you didn’t ask for.   Just verify with the old expired email acct.”   They made it impossible for me to change the contact info that they themselves put on the renewal criteria.  And with no other options for verification.  They would not let me verify using the GoDaddy email ON FILE.  Or the emails associated with the very domain name I was renewing.  Which is the best proof that you own a domain name. @jazweeh.com in other words.

FUCK YOU VERY MUCH GODADDY.

Imagine how much money they are embezzling by this tech manipulation technique.  Making people buy products that are impossible to delete by attaching it to a product you must renew. Its blatant and they have crossed the line.

PROPHECY FULFILLMENT OF END OF DAYS

Expect it.  There’s a prophecy called the “removal of the restrainer”.

The “Restrainer” is a Bible prophecy representing a force of good that has for many years been holding back, restraining evil.  There are guesses as to who or what this restrainer is. I personally think it was what bible calls “The Harlot” the richest church of all backing an organization like the “Knights Templar” or Jesuits or something secret like that. 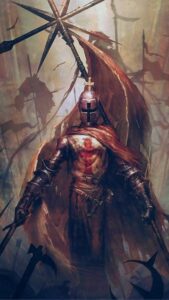 After all if the beast is the government & the corporations that own them then the Harlot is the restrainer.   Who at one time WAS powerful enough to keep the beast from abusing the debt slaves.  The little guys.  The Catholic church believe it or not likely had a faction who actually cared for the people.   For years the “Red Hats” some called them Jesuits, some Knights of Columbus or Knights Templar.  Who knows the name they were secret.

They likely were destroyed from within by diabolical and brilliant corruption.

The Red Hats Were the Restrainers of Evil

The end of days rapture Christians on YT believe they themselves are the prophesied restrainers of evil.  And prayers do matter of course they restrain evil to a point.  And the Holy Spirit is the Christians other guess of who or what the restrainer is.

But… dark billionaires wielding the darkest evil with worldly and magical resources straight from Hell have to be restrained with equal or greater power.   And some times protection is needed in the physical for the innocent.    Real time protectors of the innocent rather than spirit based protection that sometimes , well you don’t know how or when a prayer will take shape. An organization of protectors of the weak by the strong is vital to this world.  Hence “The Restrainer” sent from God, mysterious and silent never taking credit for their work.

After all the Catholic church gives more charity than anyone on Earth as far as we know.  They had the resources to restrain the great evil beast.  Till something turned the tables.  And the corporations ruling the legal system somehow got the upper hand.   As a result the great tribulation has kicked in.

“My Two Witnesses Shall be Killed in the Street While the Whole World Watches.”

The church preachers used say “we have no idea how the whole world can watch one thing, live.”  Then they themselves watched the beast (cop) kill George Floyd a born again Christian with a Prodigal Son past (as all born again Christians have a tainted past) killed in the street for seven minutes on the news while people just watched.  I watched.

When the beast (cops) killed the witness in the street it didn’t just happen in North America.  That same knee to the throat scene played out all around the world.   It was George Floyd in the U.S.  This was the baptism of evil making their daybeau.  The beast (corporate & government ruling the entire world as one) was making a statement to the world.

They were showing that they are untouchable.  No doubt that U.S. cop was equitted or put on probation after a short term in jail.

NO MORE are the bullies of mankind restrained by any laws.  Now they do whatever the fuck they want.

The prophecy of the “two witnesses” matters and was written for a reason.

Another bible prophecy fulfillment that Christians (even the truther end of days watching rapture Christians) have not quite put together yet.