The Legend of The Crossroads 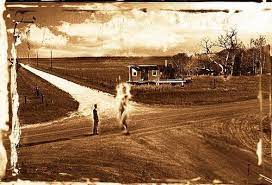 It’s Time.  The New Sun is here.  The Crossroads Minstrel prophecy of deliverance is full.    Is it too late?   Are they institutionalized by the six spirits of the night?  Perhaps like Shawshank “Brooks was here” they shall dearly miss their night terrors once set free.   No, I think not.

Written by Laura E.   Info by Jazweeh the Seer. . 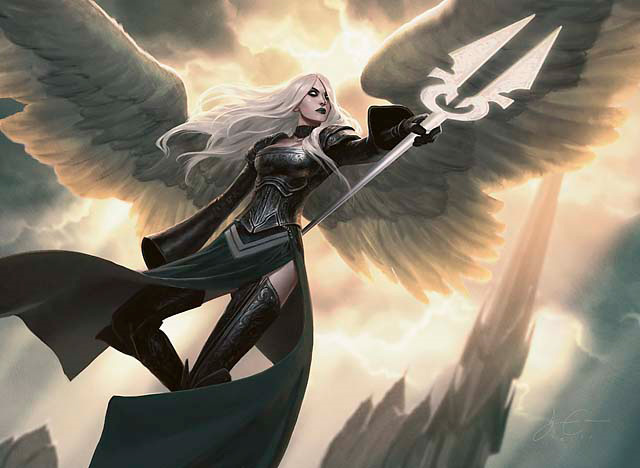 To the rich and famous bound by the Crossroads curse.

The Scribe writes all she knows on the matter of the crossroads.  It is revealed below.  All the seer sees is freely shared here.  The next step is for those who are being delivered to take action to also save their souls.  By gifts of Faith by Hope, Love..  The three eternal spiritual gifts.  Use them.

We are as sick as our secrets.  All the victims of the crossroads curse have had is each other.  Sharing one’s heart, like in AA 12 steps program is healing to the soul.

Sharing out loud in the “I” context takes the power of darkness out of the mind and exposes it to the light of life where it losses power over the victims thoughts.  Shame is the killer that makes men hold their fears inside where fear then grows in/by the power of darkness.

Story of the Crossroads. Bob Dylan talked about Summed Up.

Reminder-No one has the right to condemn themselves to purgatory.  That is God’s call.

A Contract of Bondage and Glory  righteous Men and women with hearts that side with Truth will not fare well under this contract from below.  Other musicians whose hearts were dark to begin with…may do better emotionally with their dark bondage and fame.  But most die young.  Not always.  Prayer does make a difference.  I now we are in the new age.  Deliverance is at hand for all these living musicians.

God Almighty has a special place prepared for the corporate bastards who advocate demonic bondage of the unsuspecting musicians for profit.

Those who hearken to and/or summon the minstrel demons make a pact, a binding contract of oppression that continues after death (in most cases). The dark contract itself is written in a language most musicians never venture to explain or understand.  They get a glimpse of the text, that is all.  And few people have read them.  With a signature of blood the pact is made.  The signature Blood is often stolen from the musician.  Then he signs with a strange pen not noticing what it is.

Who presents the contract to these fame & glory musicians?  The dark words are usually sown along side the modern corporate business contracts of those who profit from the life and the death of the musicians.  Whoever it is that makes the most money off of these people.

In some rare cases the musicians make a deal first hand when the walking dead man in the strange dark suit appears to them at the crossed road.  When the musician seeks out the real crossroads location it is possible for him to sign independently of any corporation.  And he need never sign with any corporate power.  His fame will happen anyway, without human contracts. Bob did it moving from contract to contract.  He learned.

In The Beginning The Words Were Burned Into the Night.

An enduring olden day curse with magic words used and forgotten.  It was put on a certain two roads that meet in a cross.  No one who is not in the inner circle of the music industry can be sure which two roads are really the crossroads.  And those who know should not tell.

The floating role play demons come in the night and haunt the minstrel slaves by despair and terror those tricked into making a deal with a group of powerful demons of music & song.

In the daytime the musicians are set free from the crossroads only to again engage the terror or the night.  Drugs alcohol and distraction are often all they can do to escape the bondage.  You will know them by their screams of terror in the night.

If they are not delivered while alive they will forever play music in the dark places under contract via their soul (we think).   Unless they are authentically born again in Jesus.

How Are they to be Set Free?

There is a prophecy written about those under the curse.  I do not have it word for word its paraphrased.

A man named Gypsy crossed the path of a young girl and her friends as they drank Mad Dog, MD2020 to stop the pain of the teen years.  He barked at them for their folly.  He saw the heart of the one true girl and gave her the deliverance prayer long ago.  A prayer that she would say much latter, it could only be implemented in the end of days.  Gypsy carried a staff.

“Crossroads cross of bondage.  The minstrel demons enchant & give the songs by patient task.  Seducers of souls.  Songs which speak to the hearts of men.  When the songs come in the night so too does the fear by terrorizing.  It’s a horrid trade up.

At the New Day a new Sun comes upon the Earth. (white hot)  A seer, a woman of prayers shall rise up with others like her.   With their staffs they are given great power by God Almighty they stir the well of souls.  They deliver many by remote spiritual power of prayer.  Spells are prayers, prayers are spells.

They know not the victims of the curse yet they pray.  By Love they pray the prayers of deliverance by words not of this Earth.   The woman who cried for those in bondage has already prayed her prayers day by day.  There may be more prayers to come.  But the lifting is already at hand.  You see that don’t you?

Her & those like her, their songs of freedom shall set free those under its curse of bondage.  .  By her God’s will they shall walk free in their sleeping hours.  By her Son they shall be delivered from the dark throngs of the minstrel terrors.”   And the deliverance preacher may or may not also be needed.  If the man who gets delivered still has other demons he needs to seek out the preacher.

For A Thorough Deliverance from Evil Pray for your Souls Also.

They will be delivered this day from the minstrel demons.  But more deliverance may be required due to what they have been through.  Dark doors were opened.  But most will be satisfied with the initial deliverance from Minstrel not seeking salvation of their soul.

Deliverance is in the works the Sun is here.  Step 1.  Call out with your heart (in truth and authenticity of heart) to Jesus by name over a month of prayers.  Call and keep calling.  Seek and keep seeking.  (Oh yes religion is set in place for one reason, to detour the many from Jesus and from His Mighty & Powerful Name by which deliverance comes.)  Hope & Faith are eternal gifts from God.  Use them.

See The Preacher for Further Deliverance

Though we need no one for salvation.  Just God prayer one on One.  After the dark dreams stop– go to the preacher who delivers from dark spirits bondage addiction, sex, violence.  “But I went to preachers!” you say.  You have not gone to my preacher.

The Preacher is either in Branford Florida or Ohio.  All I have is his identity.   Seek out the laying on of hands and prayer by him.  He must lay hands on you.  You should be truthful and real with him.  You should allow the mighty rushing wind to take you down to the floor when it comes.  Submit to the Holy Spirit which is mightier than your demons.

Baseball player ‘Shaun Campbell’ on FB of Branford, FL or Ohio.  He is a preacher of deliverance.  His gifts are proven.   Go to where he is.  He usually has a church service at one place or another.   In Jesus name comes the freedom.  “He who the Son sets free is free indeed.”  But it takes heartfelt effort and diligence to find deliverance given by God. Even those born again experience demonic attack and need deliverance.  It doesn’t happen all at once.  My own demons took years to expel one by one.  Others had to be prayed out by the preacher.  Resistance works for certain demons.  Others must be prayed over.

Trust the Light with your soul over the darkness.  To spend an eternity as a slave is a choice yet often made unawares.

Who was Melissa?  Was she the witch who kept the minstrel demons at bay in the night?  Perhaps.  There are no blankets in the dark places of Earth.

WILL MY FAME & FORTUNE CEASE AFTER DELIVERANCE?

God shall not deliver those who refuse His freedom.  If the man prefers bondage demons over peace and light then demons he shall have.   Yet those particular demons (six flowing colors we think) are sent back to hell.   Those delivered, set free will lose all aspects of the curse.  We hope they provided for themselves while the money was flush.  Bobby D. has a special role to play in this great deliverance.  He did more for them during his dark trial than anyone did.  As he is a seeker of kindness his heart is much better than he gives himself credit, says the seer.  All the crossroads minstrel demons are sent back to hell.

Lyrics
Crossroads, seem to come and go, yeah
The gypsy flies from coast to coast
Knowing many, loving none
Bearing sorrow, having fun
But, back home he’ll always run to sweet Melissa
Mm-hmm
Freight train, each car looks the same, all the same
And no one knows the gypsy’s man
And no one hears his lonely sighs
There are no blankets where he lies
Lord, in his deepest dreams the gypsy flies with sweet Melissa
Mmm-hmm
Again, the morning’s come
Again, he’s on the run
A sunbeam’s shining through his hair
Fear not to have a care
Well, pick up your gear and gypsy roll on, roll on
Crossroads, will you ever let him go, Lord, Lord?
Or will you hide the dead man’s ghost?
Or will he lie, beneath the clay?
Or will his spirit float away?
But, I know that he won’t stay without Melissa
Yes, I know that he won’t stay, without Melissa
Lord, Lord, it’s all the same
Mmm-hmm
Source: Musixmatch
Songwriters: Stephen Charles Alaimo / Gregg Allman / Stephen Alaimo
Melissa lyrics © Unichappell Music Inc., Emi Longitude Music, Elijah Blue Music

Who was Gordon Lightfoot singing about in “Minstrel of the Dawn?  Strange to call himself a victim of the music spirit. And also strange his words about “he holds a promise in his hand of better days to come. & by his words your fortunes read”.  Was Gordon singing about the deal with darkness?  Maybe.