I am a child of the 70s. The age of prophecy in music.
Stevie Nicks trademark was “white & flowing”. Rarely did she wear black as she is now portrayed to wear on the “Rumors” with a “u” album. I remember clearly her very light pink ribbon ballet slippers moving up the off pink tights she wore for the picture on the Rumors album cover.

Now the album shows her as a bat or witch in all black. You can’t even see the ribbons on her calfs. 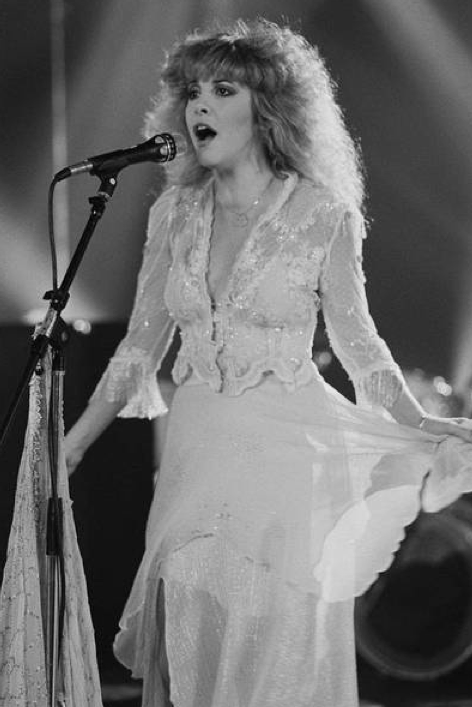 Also to mention “Just like the ONE winged dove” sings a song sounds like she’s singin’ oow baby ooowww ooww.  “No one left standing in the HALL”.  Not ever “hallway”.