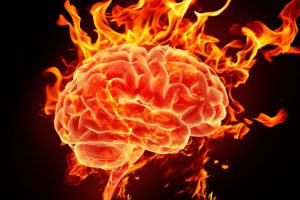 The Wifi Spins a web of memory loss. 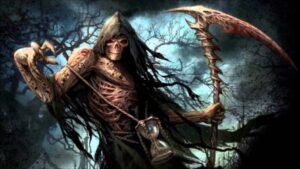 Causes of Brain Fog and Confusion

I used to get terrible brain fog.  I would forget where I was when driving in the car.  I had limited vocabulary because I could not think of my words.____Laura E.

Until I started studying EMF, electromagnetic frequencies and cleared my home of useless wifi.  I positioned my bed away from the circuit breaker in my room.  I learned where the strong invisible electric fields are in my home.  This article will not be to teach the three kinds of EMF.  Go to https:danaashlie.com  or https://jazweeh.com and use either the site menus or search website to find articles.  Use EMF or wifi search terms.

A Lifestyle Change in Eating Habits

Next I changed my diet to live foods.  Live fruits and vegetables, smoothies.  I went vegetarian and I do eat seafood.  I went organic whenever possible.  My stomach problems and life long struggles with processing food was healed.  I started grounding myself daily to the earth’s resonance of 8 hertz by standing or laying on the ground.

I realized this after studying emf for years.  It is common sense that since the earth’s magnetic field is at around 8 hertz and wifi is at 2.4ghz or 5.0ghz (gigahertz) meaning 2.4 or 5.0  MILLION HERTZ we have a problem with brain effects.  Not to mention among the electromagnetic radio frequency fields (phones, wifi, routers, smart meters) we are also drenched in electrical fields (circuit breaker boxes, transformers, refrigerators, air conditioners, fans .

Side note.  I have found that fans absolutely discombobulate my brain frequencies.  A running fan next to my head at night can make me lose my sense of direction.  Fans seems to have some special ability with changing more than just frequencies.

Have you ever heard old timey music coming through a running fan at night? Music such as would be heard through the very first radios invented.   MANY people have. I have it on good authority that this phenomena is happening to people I know and have known.  DO NOT SLEEP NEXT TO A FAN.  DO NOT SIT NEXT TO A RUNNING FAN FOR LONG PERIODS OF TIME.

WHAT IF WE COULD RECREATE THE EXACT RADIO FREQUENCY ARRAY AS IN THE HOME OF A SUFFERING ALTZHEIMER PATIENT who gets confused when leaving the house?

Would that not recreate home for them in their brain.  And stop the confusion of being suddenly bathed in a foreign frequency array.  And they would no longer suffer confusion?  It’s a theory and a good one.

Alzheimer victims lose their bearings when they leave the house.  That is when they get most confused.  Why?  Likely because their brain is congruent with the home frequencies.  This may also explain why those who don’t get out much suffer the phenomena of getting lost when leaving the house.

Of course they are confused, all the emf and electrical frequencies their brain has become accustomed to just changed.

Go outside daily and ground oneself to the Earth for a period of time, the longer the better

Take trips away from the house often even if it’s just a drive, get out, and return home.

Turn off wifi, hard wire all devices. paradiseforthehellbound.com has directions on the router log in page to turn wifi OFF in your router system control page depending on your brand of router.  You can still connect to internet with ethernet wires.

Treat your cell phone like it’s poison cause it is.

Do not sleep in any strong electrical fields.  Try to avoid close proximity to all transformers, compressors, condensers, circuit breakers, fans, air conditioners, motors of any kind.

NEVER live in a place surrounded by or that has roof top transformers.